The social media space has been set ablaze after popular Nigerian singer, Kingsley Okonkwo popularly known as Kcee was spotted at the campaign rally of the Labour Party presidential candidate, Peter Obi in Imo State. 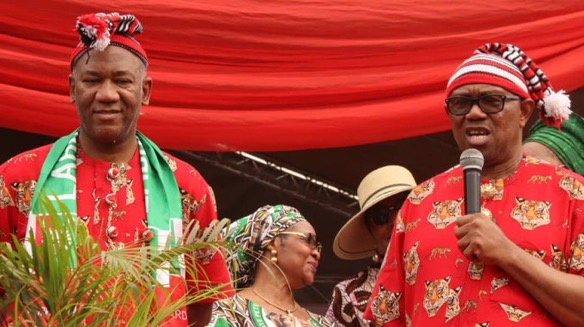 This is coming days after the ‘Limpopo’ crooner was reported to have pitched tent with the All Progressives Congress (APC), presidential flag bearer, Bola Tinubu.

Recall that reports made the rounds online alleging that Kcee and his brother E-money who hail from Anambra State, worked with the former Governor of Lagos in his illicit drug activities.

Although the duo had been silent on the choice of their presidential candidate since the 2023 campaign officially started.

However, Tinubu’s son, Seyi took to his Instagram story to share a photo of Kcee rocking Tinubu’s campaign outfit in a club, this had led to many assumptions that Kcee and E-money are pledging their support for Tinubu in the 2023 election. 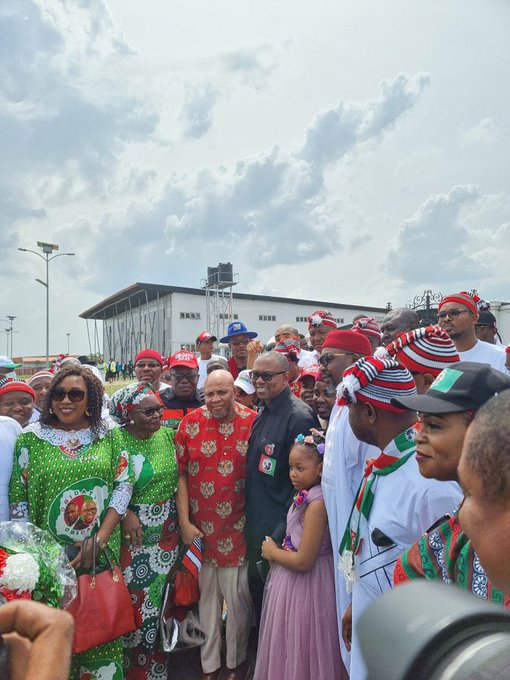 Kcee surprisingly turned up for the campaign rally of Peter Obi on Tuesday, December 6, 2022, and Nigerian celebrity barman, Cubana ChiefPriest, took to social media to share moments from the event.

In the video, Cubana Chiefpriest was captured posing to take photographs with Obi and beckoned on Kcee to join them.

Kcee also exchanged pleasantries with the former Governor of Anambra State before they finally took pictures.

The socialite captioned the post: “Nigeria Go Better @peterobigregory We Have Confidence In You As The Best Candidate For The Job Come 2023, Disel Don Chop All The Profit Wey Dey My Business, Dollar Rate No Gree Make Person Chop Life Again, Insecurity No Gree Make Ballers Come Out Again. A lot Needs To Be Done And You Remain The Best Man For The Job To Fix Our Great Nation🇳🇬 God Willing You Will Emerge President Of Our Dear Country Amen.”

While agbado boys are depending on rigging & are helplessly waiting for naked people to endorse their candidate for free, Chief priest is having fun with peter obi & has endorsed him already ❤️