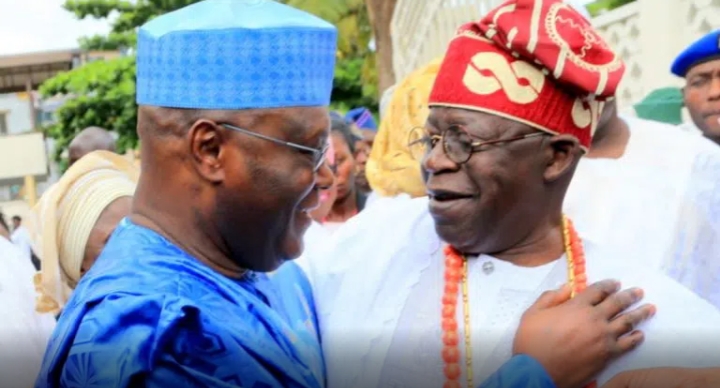 Veteran singer Charly Boy Oputa has revealed his next plan if Tinubu or Atiku emerges as the next president of Nigeria.

This is coming after the National Leader of the All Progressives Congress, Bola Tinubu, emerged as the winner of the party’s presidential primary after Atiku emerged PDP’s candidate.

According to Charly Boy, he would relocate to Ghana and beg for citizenship if Atiku or Tinubu ends up the President of Nigeria come 2023.

“If any of these Jabagantis win. I go jus leave Una waka go Ghana go beg them for citizenship. Buhari will look like a saint,” he wrote.

Recall that Tinubu had obtained over 1,271 votes to defeat his closest rivals, ex-minister Rotimi Amaechi and Vice President Yemi Osinbajo.