The Spokesperson of the All Progressives Congress (APC) presidential campaign council, Festus Keyamo, has mocked the Peoples Democratic Party (PDP) following a video of the party’s members lamenting the poor treatment melted at them during the campaign rally of the party flagbearer, Atiku Abubakar.

In the video, the party members in Lagos State could be heard lamenting that they weren’t given refreshments or money during the rally.

They noted that they were abandoned despite coming out for the campaign rally on time. 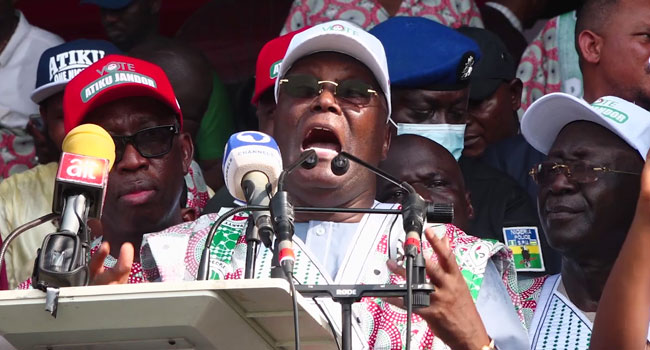 Reacting to the video, Festus Keyamo in a post shared on Twitter made a mockery of the opposition party stating that the attributes of deceit, cheating, scam, dishonesty, and PDP are synonymous.

He tweeted: “The attributes of deceit, cheating, scamming and dishonesty, and then PDP are like 5 & 6! Watch and listen to what they did to these people”

The attributes of deceit, cheating, scamming and dishonesty and then PDP are like 5 & 6! Watch and listen to what they did to these people👇 pic.twitter.com/E7vXoKM7Fb