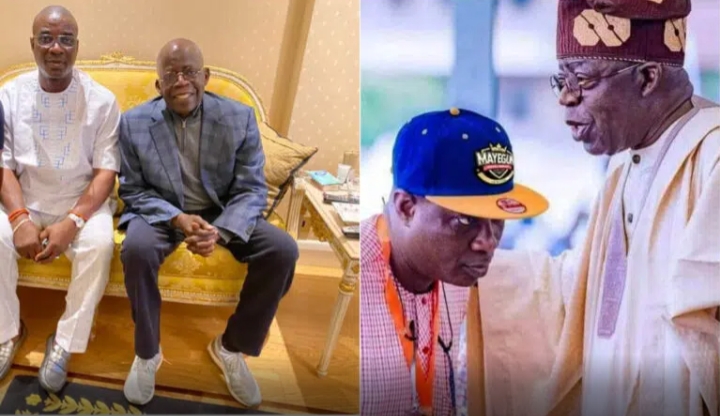 Taking to his social media page, the singer expressed his happiness on the emergence of Tinubu as the party presidential aspirant.

According to him, the victory is well deserved.

“The good people of our dear party, All Progressive Congress (APC) have unanimously spoken with one voice that the candidate chosen to go to the war front for the 2023 presidential election should be no other than Asiwaju Bola Ahmed Tinubu, the Jagaban B’orgu.

Before now, many have speculated that the party was on the verge of disintegration because of the rumoured rancour between the aspirants and some of the leaders of the party. But, it has shown with the display of our party faithful from last night till this morning that the only option available for the party is unity. And united our dear party will be, till we achieve the ultimate goal of retaining the tenancy of Aso Rock.

This sweet victory is well-deserved not only because Asiwaju is seen as the best of the pack but also because of the values and the contributions he has continually brought to the development of democracy in our country.

I am particularly happy today to see my leader Akanbi Olodoode emerging as our party flagbearer; a dream I have nursed for a very long time because he has shown over the years what a great leader he is. Not only that, as a leader, he has displayed over the years that he possesses the unique format of building leaders everywhere he went which was evident in the outcome of the just concluded primaries.

This hurdle has been crossed and the bigger one is what we await with the only belief that he’ll also cross that in good stead.”