Former Big Brother Naija Level Up housemate, Esther Chioma Ndubueze better known as Chomzy has reeled out her latest project tagged “Feed the street with Chomzy” which aims to feed about 20M people in the country.

The reality star made this disclosure during an interview where she explained that she has done it in the past but intends to involve a large number of people compared to the last time.

According to her, the project which has kick-started aims at feeding the homeless and will be focused more on children.

She disclosed further that her project will be accomplished through her team, government and non-governmental organizations. 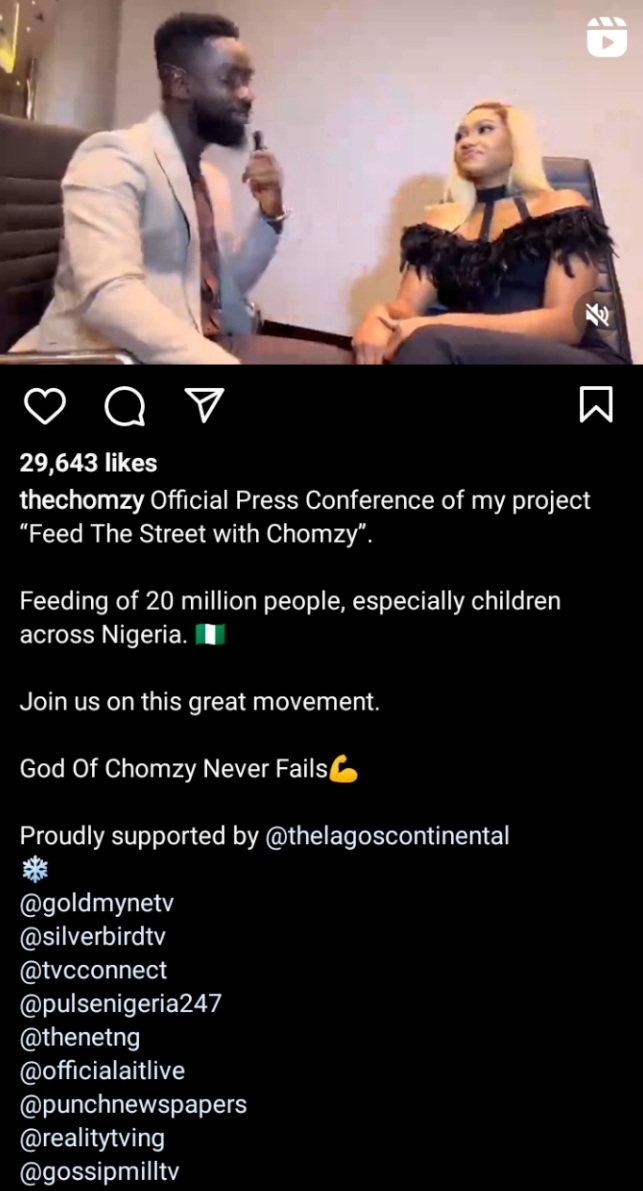