Popular Instagram dancer, Korra Obidi has taken to social media to open up on her pregnancy loss which came as a surprise to many.

It would be recalled that the mother of two got separated from her husband, Justin Dean earlier this year.

Read Also: Divorce Isn’t Easy, But I Won’t Go Back To My Husband Even For $20k- Korra Obidi

Taking to her Instagram page, the dancer made a disclosure about her personal life.

Sharing a photo of herself holding a pregnancy test strip showing positive, the dancer revealed that her second daughter who is over 5 months old would have had an older sibling.

Simply put, Obidi and her estranged husband lost a pregnancy before Anthena was born.

Sharing the photo, she wrote: 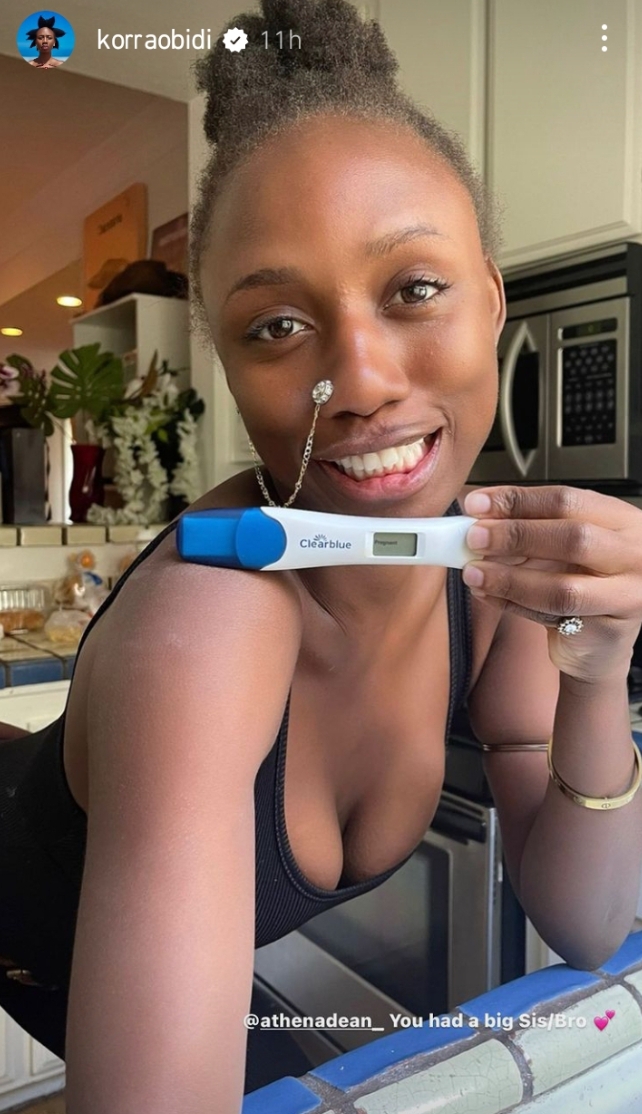 This new update is coming days after Obidi opened up about her ongoing custody battle with her ex-husband.

Via a video she posted on her platform, she cried out that her children had been taken away for some days, leaving her broken.

In a follow-up post, Obidi cried out for help over ploys to take her daughters away from her.

Taking to social media, Obidi claimed that they were trying to take away her kids from her.

According to her, her kids were been used to control her life.

“I can’t believe someone says they’ll take the children away from me because I am not wearing cloth. She sent me an email saying ‘Korra Korra they are going to take your children from you because you aren’t wearing clothes. They are trying to use these children to try and control me. So if I wear clothes now they wouldn’t take my children. Ehhhhhhh”.