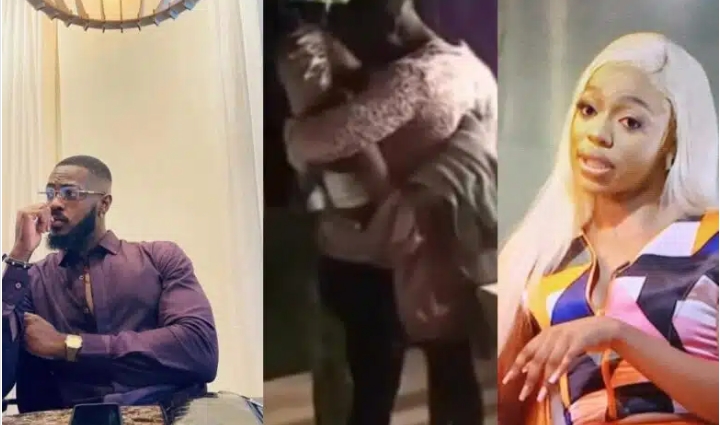 Two housemates from the ongoing Big Brother Titans, Yemi Cregx and Khosi were once again caught sharing another passionate kiss in the laundry area last night after their first kiss on Monday night.

The two lovebirds were the first housemates to share a kiss in the ongoing reality show.

Read Also: BBTitans: I Didn’t Know I Was Pregnant Until The Baby Died- Nana Reveals

Their escapades happened barely 72 hours to the show with Khosi who claimed to have a serious relationship outside the house.

Nonetheless, it is obvious that there is some affection between both of them, as they are always warm towards each other.

It will be recalled that the show launched on Sunday, 15th January with 20 housemates to compete for $100,000.