This is coming even as Obiano promised to secure freedom for all illegally detained suspects under the custody of the defunct Special Anti Robbery Squad (SARS). 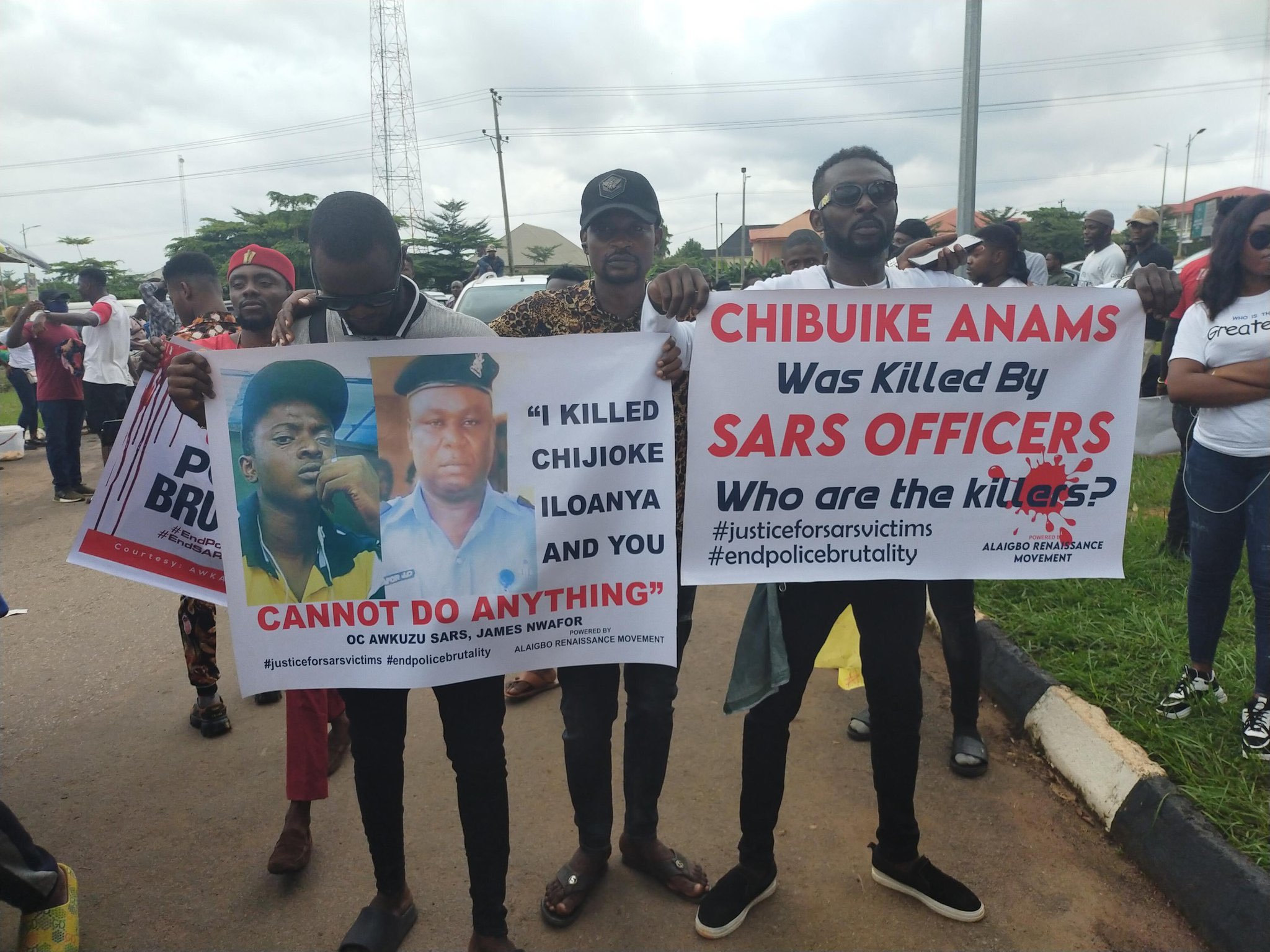 Obiano said this while addressing the mammoth crowd who thronged the Anambra Government House, Awka, as part of the anti-SARS protest going on in most states.

Nwafor, a retired Police Officer, was a former Commander at the Awkuzu SARS office and had come under a series of attacks over the alleged high spate of extrajudicial killing during his reign.

He also announced that a special panel headed by the state’s Attorney-General and Commissioner for Justice had been set up to document human rights violations and abuses by the defunct SARS with a view to getting justice for victims and bringing closure to old injuries.

He assured the people that he would personally visit all the facilities of the defunct SARS in the state and effect the immediate release of suspects who are unlawfully held in the cells and commended the protesters for conducting themselves peacefully so far.

Meanwhile, traffic on Enugu-Onitsha expressway was grounded by the team of anti-SARS protesters and other groups of Nigerians who were clamouring for reopening the nation’s universities.

The gridlock spans from Immigration junction through Aromma to around Regina Caeli which make up half of the stretch of the road through the capital.

Smaller vehicles who knew the terrain tried to meander their way through the link roads with the town.

Some motorists expressed frustration as a result of the setback the gridlock had on their journeys.

James Nnaji, a truck driver, said he was heading to Lagos but had given up on the journey until the road became clear.

Nnaji urged the Federal Government to address the demands of the protesters so that things would return to normal.

IGP to Operatives: Don’t be demoralised, put EndSARS protest behind