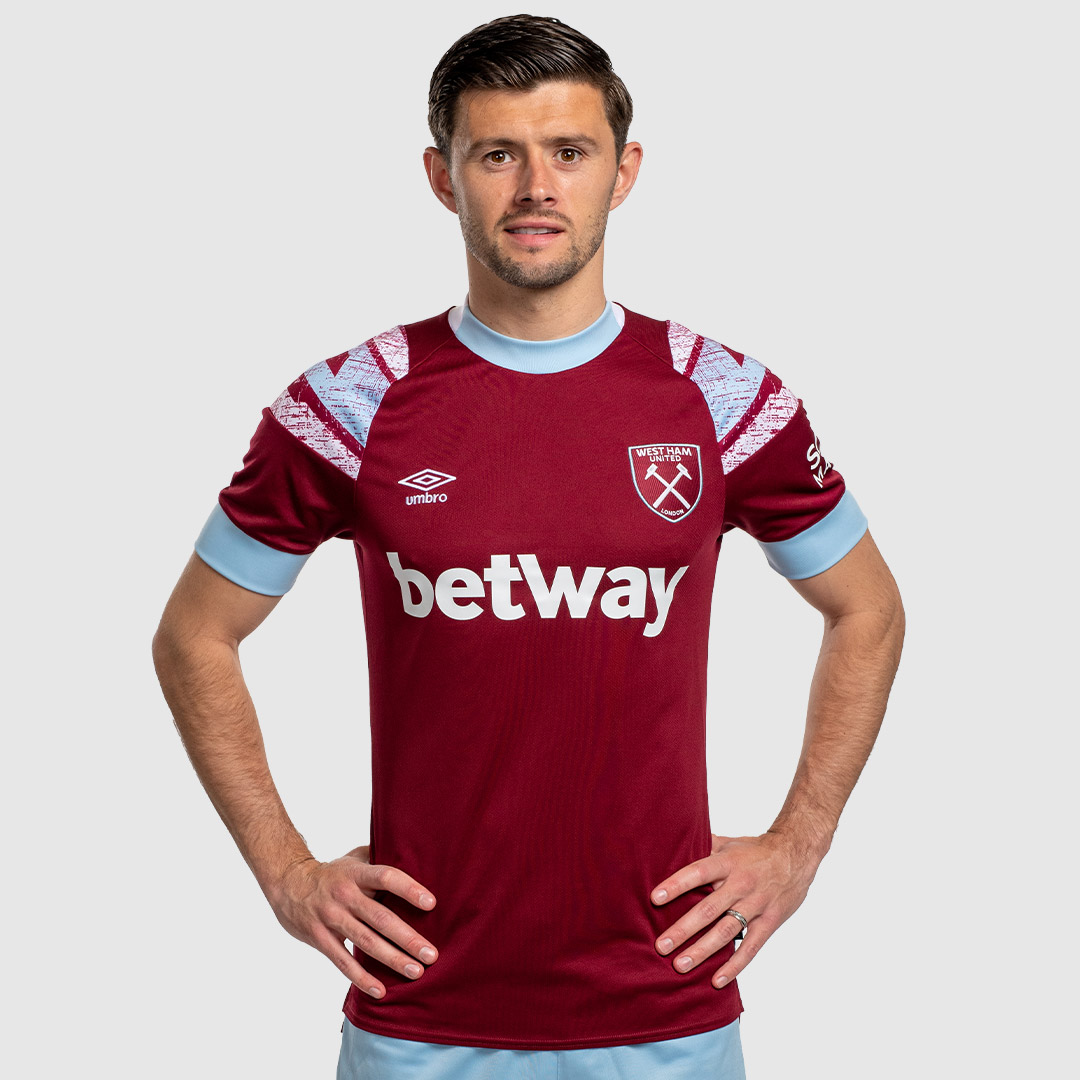 After finishing seventh in the Premier League, David Moyes’ Irons will be looking to go all the way and win the UEFA Conference League after Jose Mourinho’s Roma won the first competition this year.

The claret body of the jersey, which features the club’s traditional and iconic colors, is accented with a scratched graffiti blue and white sleeve design, which provides the outfit that extra element.