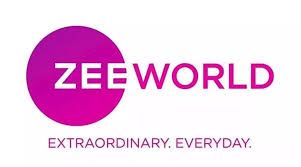 Zee World, available on DSTV, is celebrating its first anniversary, a milestone that has seen the channel grow from strength-to-strength since its launch in February 2015.

Throughout the five years, Zee World has achieved a number of industry firsts; last year, viewers were introduced to Mehek, the first Bollywood produced series to ever feature actors from the African continent. The series dominated ratings throughout its very successful broadcast period.

Whilst Mehek has come to an end, viewers can now look forward Jodha & Akbar which will be available in Zulu and English.  Premiering on Sunday, 1 March the series tells the story of Jodha, a Hindu princess who is unhappily married for a political alliance to a Muslim king, Akbar, who conquered her father’s kingdom. She reluctantly goes to his palace only to find that she is one of many wives where she faces extreme opposition.

Jodha must fight for her husband’s affection and hopes to ultimately transform him into a more compassionate ruler.

“Zee World is undoubtedly a success story; our continuous growth shows that we have captured a very important and loyal viewership.  We will build on this by consistently providing innovative and engaging programming to our viewers,” says Harish Goyal, CEO of Africa and Asia Pacific

Somebody’s Son Is Not A Secular Song- Tiwa Savage