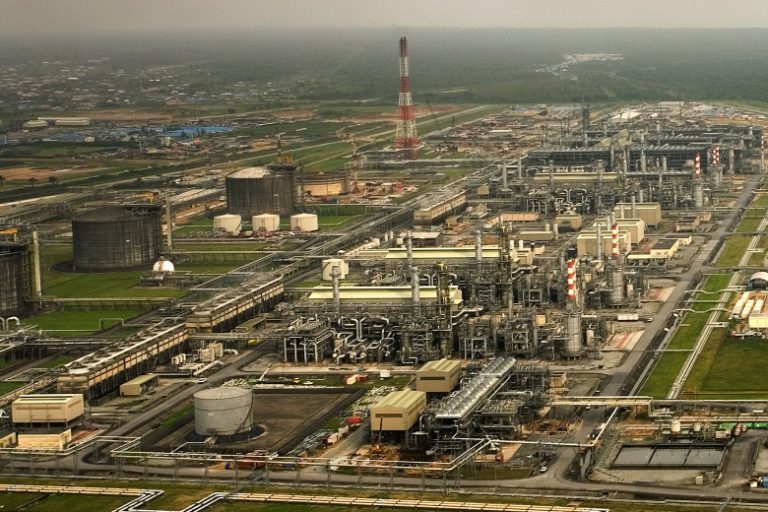 The Nigerian Liquefied Natural Gas, NLNG, has stated that 100 per cent of the installation and construction works of its train 7 project would be undertaken in Nigeria, presenting a massive opportunity to grow local content in the country.
Speaking in Abuja, at the ongoing Nigerian International Petroleum Summit, NIPS, Managing Director/Chief Executive Officer of the NLNG, Engr. Tony Attah, noted that Train 7 project would attract significant foreign direct investment into the country in the coming months.

Attah, who was represented by Engr. Adeleye Falade, General Manager, Production, declared that the motivation to build and operate Train 7 was heightened by the proven success recorded by Nigeria LNG in the past 20 years of operation, adding that in its current state, the company had significantly reduced the environmental hazards arising from gas flaring.

He said, “The addition of Train 7 to our current six-train plant will add another eight million metric tonnes of LNG to the current sustained 22 mil|ion metric tonnes production capacity of our plant.
“That will keep Nigeria prominently on the list of the top seven suppliers of global LNG. This is an enviable position for an African country to achieve in the face of our evolving technological advancement which is managed by highly skilled Nigerian professionals of varying competencies.

“The very quick wins from Train 7 project for Nigeria is the creation of jobs for our teaming youths, netting up to 12,000 direct iobs at the construction phase as well as the associated skills acquisition through a deliberate effort at technology transfer.

“100 percent of the installations and construction will happen in Nigeria and the entire proiect will attract huge Foreign Direct Investment to the Nigerian economy. Other benefits include the emergence of upstream and other associated projects that will bolster our economy.”

Attah added that to date, the company had converted about 191.5bcm (billion standard cubic metres) or 6.8ch (trillion cubic feet) of Associated Gas (AG) to Liquefied Natural Gas (LNG) and Natural Gas Liquids (NGLs), thus reducing gas flaring by upstream companies from over 60 per cent when it commenced operations to less than 20 per cent currently.

“For a Nigerian company managed by 100 per cent Nigerian management team and 95 per cent indigenous workforce, it is a daunting teat to be reputed as the first worldwide in plant reliability and the single most expansive LNG plant on the continent. We can sustain this and do much more.

“Nigeria’s growing response to the demand for cleaner energy sources to power the world has accentuated the critical role that our premium crude oil and natural gas resources play in that space,” he explained.

EXPLAINER: 3 Reasons Why Bank Workers May Embark On Strike

Black Market: See How Much Naira Exchanges To Other Currencies