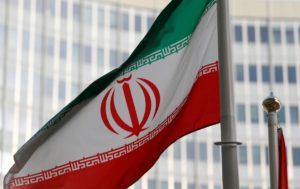 Iranian authorities have reportedly arrested three female journalists in the past two days amid protests triggered by the death of Mahsa Amini.

Women in Iran have been protesting following the death of Amini, a 22-year-old Iranian who had been arrested by morality police for allegedly breaching the country’s strict dress code for women.

Many women now express their protest through acts of civil disobedience, such as by ignoring the headscarf law.

There has been no further information given about their arrest.