Nigerian singer, Davido’s babymama, Sophia Momodu is currently under fire over her daughter, Imade’s message to her dad on his birthday.

Imade Adeleke had penned a message to mark the singer’s 30th birthday on November 21, 2022 while paying tribute to her late brother, Ifeanyi Adeleke.

The seven year old who also took a break from social media after the death of Ifeanyi shared a photo of Davido with his daughters while carrying Ifeanyi, an act of tribute to late Ifeanyi.

This gesture however did not sit down well with social media users who thought it was inconsiderate for Sophia Momodu to post a photo of Ifeanyi who she never acknowledged when he was alive.

Sophia only shared photos of Davido’s second daughter, Hailey and her mother but has never acknowledged Ifeanyi on her page and that of her daughter.

A look through Imade’s Instagram page shows that there are lots of photos of Hailey but no single photo of Ifeanyi.

@Dafe: “Normally them suppose wipe the person when they run Imade page cord for neck

@Ene: “Funny how Sophia never thought to feature Ifeanyi on Imade’s page his demise. How insensitive!

@the cutest skimmy: “Of all the pictures Imade has with her dad, Sophia choose this one?? Hum I’m starting to see what people they say about her. All shades of wrong, wickedness abeg

@D strategist:“What Sophia did was sooo wrong Damn! What a shade!

@Khaleedah Dollars: “One of the reasons why I don’t like Sophia. Imade and Davido have hundreds of pictures together but she chose to post this one 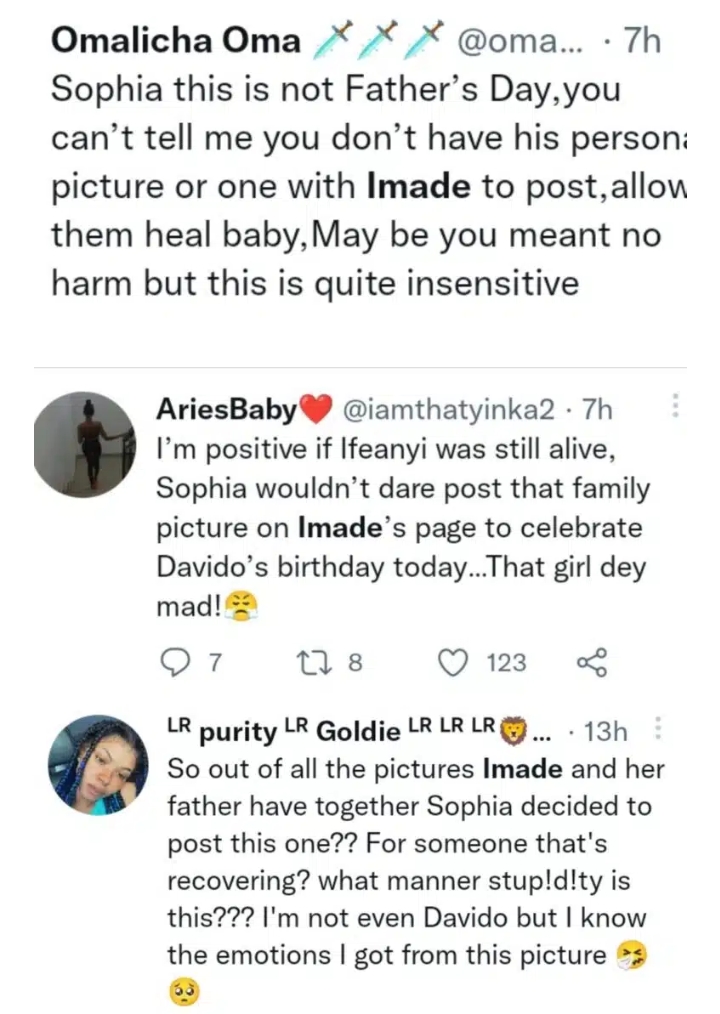 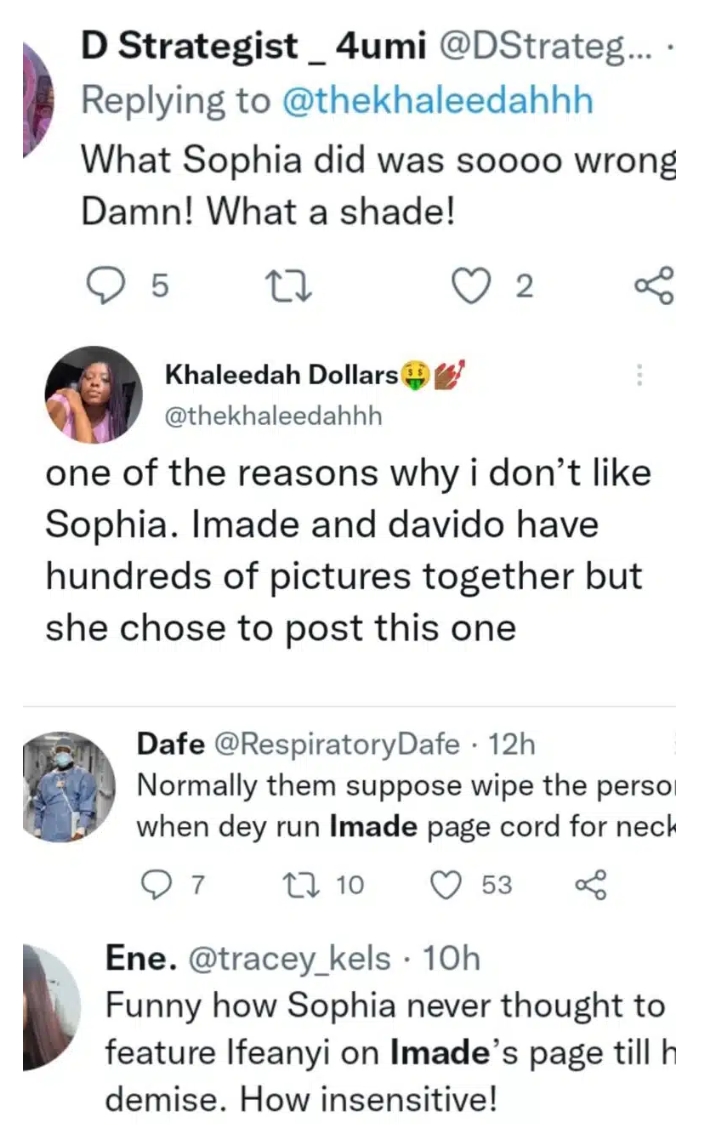