The International Institute for Tropical Agriculture (IITA) has said told African leaders that in order to have food sufficiency, security and development, leaders must commit to prioritising agriculture.

The Director-General of IITA, Dr Nteranya Sanginga, said this on Friday at a media conference organised by the institute as part of activities to celebrate the end of his tenure as Director-General after 11 years.

Read Also: Staff Of Oyedepo’s Covenant University Are Raping Us, Student Cries Out 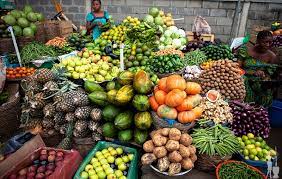 Dr Sanginga noted that poor leadership, lack of political will and commitment were constraints to agricultural transformation in the continent despite the huge potential that abound. He charged African leaders to show interest in agriculture by earmarking a larger percentage of annual budgets to agriculture.

“Sometimes you find heads of state who claim that agriculture is a priority but when you look into the budget for agriculture, it is almost nothing. In Nigeria here, it is barely two per cent, so how can you say it is a priority?” he queried.

On the challenge of leadership, Dr Sanginga said, “In 2011 when I became the DG here, I was lucky to have my friend, Dr (Akinwummi) Adesina become the Minister of Agriculture. In five years, he basically changed the face of agriculture. But when he was replaced, his successor basically somersaulted the policies and all what he did between 2011 and 2015 went down the drain. So, the challenge with agriculture in Africa is basically leadership.”

Dr Sanginga, the first African DG of IITA, said that his management focus was geared towards making an impact on farmers’ output which was the core of the institute and therefore, came up with strategies to drive that.

The IITA DG, who mentioned that he met an unmotivated staff on assumption of office, said some of the achievements he recorded during his time at the institute were as a result of his “people first” policies, which recognise that people are cardinal to organisational success.

“This is a research institution that was created to make an impact. I noticed that our research at that time was not felt by the farmers and that had to change; we needed a strategy that would impact directly on the farmers.

“We devised a 10-year strategy which was saying let’s go first of all for impact and that impact has to be supported by strong research. And we knew that we can’t do that all that real quick without partners. So we had partnership with the private sector and the government; it was extremely important.

“We also knew that to implement that strategy, we needed to make a choice between the people and the tools to be used to implement that. And we made the choice that we are going to make the people, the staff of IITA, at the centre of our strategy because if they are motivated, then certainly, they will help us to achieve what we wanted to do. We needed to change the mindset of the people from the casual in the field to the DG and the Board.