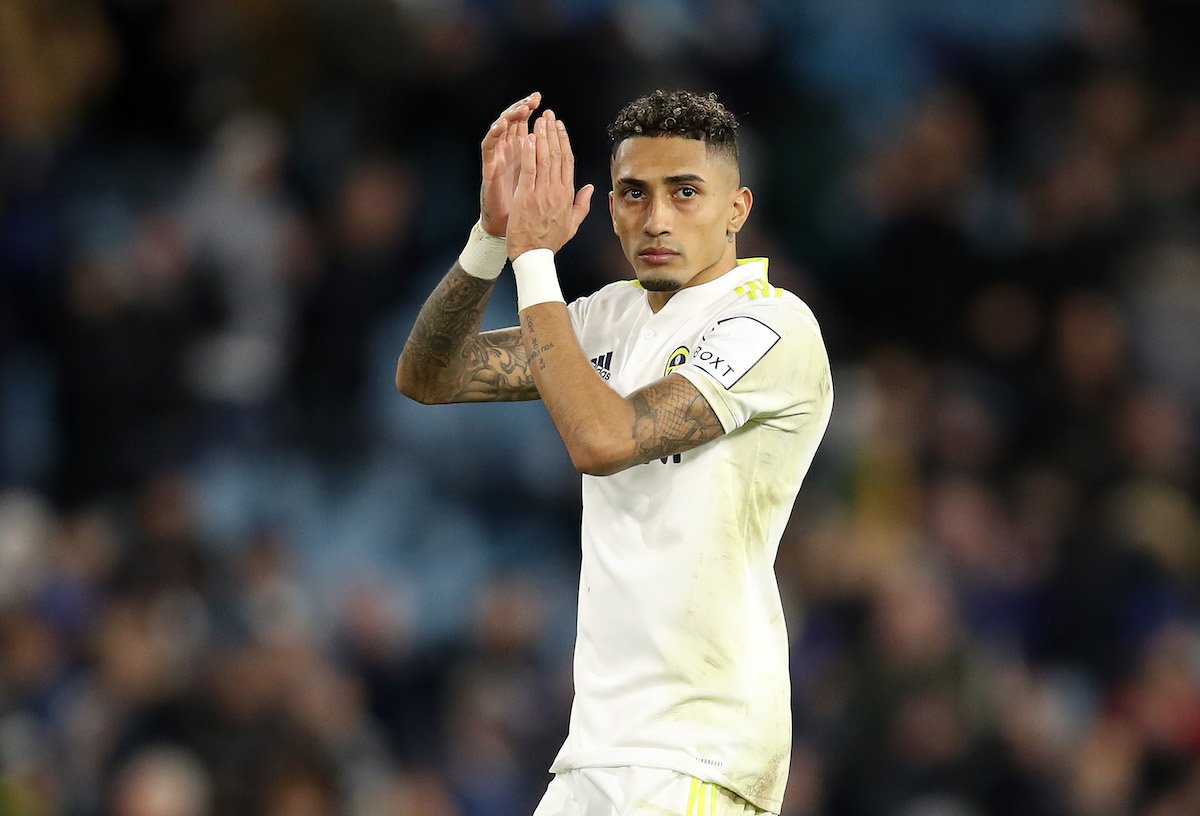 Barcelona will have to boost their offer for Raphinha after Leeds United rejected a €55 million proposal for the Brazilian attacker.

According to Football Transfers, Barcelona’s initial €55 million bid could not convince Raphinha to join them in the summer transfer window. Leeds United are expected to ask roughly €75 million for the 25-year-old Brazilian international ahead of the 2022/23 season.

Since joining Leeds United from Stade Rennais in October 2020, Raphinha has been a revelation. The midfielder had a respectable initial season with the Whites, but this season he really came into his own, spearheading Leeds’ fight to avoid relegation in a disappointing season for the West Yorkshire side.

In 35 Premier League games, the 25-year-old has 11 goals and three assists, scoring on the last day of the season to help Leeds to safety. However, with the Peacocks keeping their Premier League status, Barcelona’s challenge of acquiring the Brazilian international’s services has grown more difficult.

Barcelona will most likely look for a wide attacker during the summer transfer window, with Adama Traore unlikely to return to the club permanently after his loan agreement expires. At the same time, Ousmane Dembele’s future at Camp Nou remains unknown, despite rising interest from Paris Saint-Germain.