The Team Leader, International and Rural Development, Livelihoods Support and Development Centre, Prof Kola Adebayo has expressed worry about the insecurity on the farmlands and how this would continue to lead to food insecurity amid worsening poor agricultural production, price spikes, and economic crisis.

According to him, the crisis in the agric sector has caused acute shortages of essential products, including food, and agricultural input, thereby severely affecting economic activities. 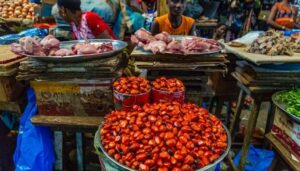 Adebayo indicated that insecurity has made it difficult for farmers to engage in production optimally, thus affecting productivity and causing market disruptions with attendant food price shocks.

The President, of the Federation of Agricultural Commodities of Nigeria (FACAN), Dr. Victor Iyama, agreed with Adebayo. He explained that attacks on farms and erratic weather, caused in part by climate change, were equally affecting agriculture.

Former President, of President, International Fund for Agricultural Development (IFAD), Kanayo Nwanze,  noted that the recent flooding – the worst in a decade – has destroyed vital food supplies in Nigeria.

Since 2020, food prices have been rising. This has exacerbated food inflation. This year, United Nations World Food Program (UNWFP) warned that the number of Nigerians at risk of hunger had been rising. Rising food prices, according to a recent World Bank report, are severely impacting households, adding that food prices accounted for over 60 percent of the total increase in inflation as of April, last year.

Similarly, the National Bureau of Statistics (NBS) reported that the yearly food inflation surged to 20.6 percent in June due to the cost of such essential commodities as bread and cereals, potatoes, yam, meat, and fish, among others.

In July, NBS alerted that the inflation rate has soared to 19.64 percent. In its Consumer Price Index (CPI) report, NBS stated that the rising rate of food inflation is evidenced in the rising prices of food items such as rice, beans, bread, yam, vegetables, fruits, and eggs, which had gone up by at least 100 percent between 2011 and the year The food inflation rate by last September was 23.34 percent, marking an uptick from the 23.12 percent recorded in the previous month.

The increase in the food index was attributed to the increases in prices of bread and cereals, food products, potatoes, yams, other tubers, oil, and fat.

The Minister of Agriculture and Rural Development, Dr. Mohammad Abubakar, observed that the inflation rate of food prices might drive more Nigerians into poverty unless appropriate measures were taken. 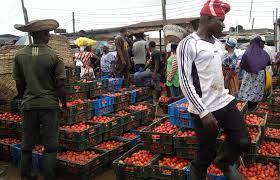 He expressed this concern in Abuja at the national workshop on the applications of Juncao technology and its contribution to the achievement of sustainable agriculture and Sustainable Development Goals (SDGs) in Nigeria.

The workshop, which was organised by the African Union Development Agency-New Partnership for Africa’s Development (AUDA-NEPAD), was supported by the National Engineering Research Centre for Juncao Technology of the Fujian Agriculture and Forestry University (FAFU) of China and the Federal Ministry of Agriculture and Rural Development.

Several farmers in Zamfara, Borno, Benue, Niger, Kaduna, and Plateau states have been kept away from their farmlands by bandits, Boko Haram terrorists, and kidnappers.

Chief Executive, of Kereksuk Rice Farm, Rotimi Williams, said it had been challenging running a rice farm where safety could not be guaranteed for the farmers to increase food production. He said insecurity had forced him to abandon his farms.

In Nassarawa and other parts of the Middle Belt, for example, attacks on farms and extreme weather events have crippled rice cultivation. Floods, diseases, and pests have increased the risk of crop and income losses. Right now, farmers rely on seasonal weather patterns. Farmer’s paddies were damaged, following the floods.

Williams explained that the rising cost of agricultural production is driving farmers to leave the land.

According to him, rice production is impacted by the changing climate. He maintained that future rice productivity will depend on climate action and innovation techniques. He said a lot would have to be done to incentivise and support young people to stay on the farm.

Chairman, of the All Farmers Association of Nigeria (AFAN), Chief Femi Oke, sought protection for farmers. According to him, farmers were not safe. With devastating floods, which plunged great swaths of agricultural land under water, Oke forecast a major strain on food security and a continuous spike in food prices.

His concern was that local production would not be able to keep up with the demand curve, with so much lost to the flood. The situation is,  particularly, critical with some parts of the North experiencing drought.  The recent rise in inflation, according to him, has resulted in higher food prices, eroding the purchasing power of households. This has raised questions about the country’s food security.

For the Managing Director, of Niji Group, Kolawole Niji, food production had been affected by high energy prices. It has been challenging to address expensive diesel prices as farmers are facing a cost-of-living crisis, he added. He said the situation had impacted progress made in addressing key food security challenges, placing a serious strain on food supply chains. 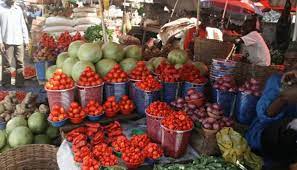 Niji expressed concerns over logistics challenges and increased freight costs. According to him, the consequences of a food security crisis were real, urging for more efforts to better harness the productivity of farmers, increase crop yields, and ensure food sustainability.

In its latest ‘Nigeria grain and feed update’, the United States Agriculture Department (USDA) predicted that Nigeria’s rice production would fall by seven percent within the marketing year, starting from last October to next September, following insecurity and recent flooding that eroded rice-growing areas.