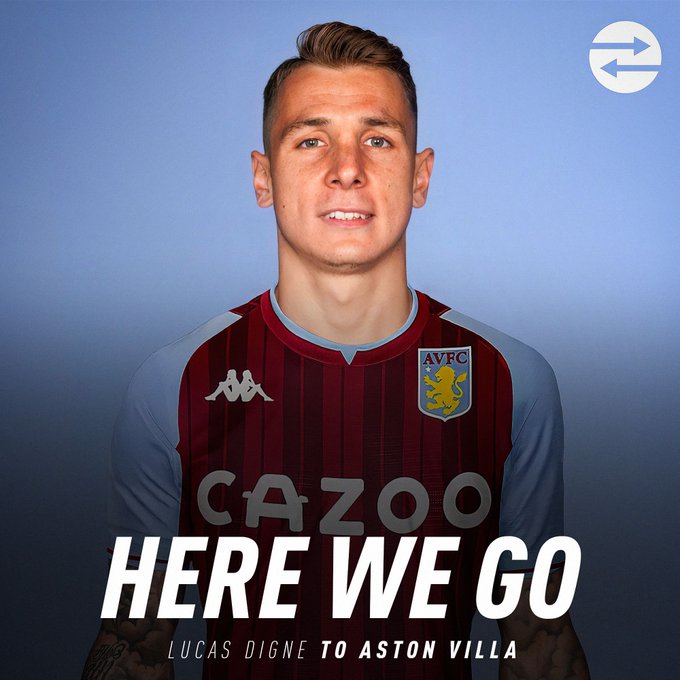 Lucas Digne has been unveiled as a new Aston Villa player having penned down a contract. The French left back joins the Villans on a permanent move for a price of €27 million.

Digne signed a five-year contract with Everton for an initial fee of £18 million on August 1, 2018. Digne had replaced veteran Leighton Baines as Everton’s first-choice left back at the beginning of October.

The French man had 123 appearances for the Merseyside, having just scored 6 goals.

This is another major signing from Steven Gerard ( Aston Villa’s manager) after acquiring Philipe Coutinho from Barcelona.