Following the backing by the Economic Community of West African States (ECOWAS), for Ngozi Okonjo-Iweala, Nigeria’s former Finance Minister, for the post of the World Trade Organization (WTO) Director-General, an indication has emerged why the body supported her appointment.

ECOWAS in a statement dated June 19, 2020, and shared by the Foreign Affairs Minister, Geoffrey Onyema on Twitter, the West Africa body said it took the decision based on the authority of the Heads of State and Government of its member-nations.

#ECOWAS has formally endorsed Dr. @NOIweala for the position of Director-General of the World Trade Organisation for the period of 2021-2025.
Also called on other African and Non African countries to do same. #COVID19 @NigeriaGov @DigiCommsNG @ecowas_cedeao @_AfricanUnion @wto pic.twitter.com/Ewec8Xq8R1

iBrandTV gathered that the statement signed by the President of ECOWAS, Mahamadou Issoufou, comes as a big boost to Okonjo-Iweala’s candidacy after the African Union (AU) had last week rejected her nomination.

According to the ECOWAS leader, the body’s endorsement of Okonjo-Iweala also followed the information it got from the chairman of the General Council of the WTO informing the regional body of her nomination alongside four others for the role.

ECOWAS said it also took the decision having “acknowledged the strong academic and professional background of Dr. Okonjo-Iweala and her very large experience in national affairs as Nigeria’s Finance Minister (2003-2006) and Nigeria’s Foreign Affairs Minister briefly in 2006.”

The statement added that since the inception of the WTO, no African has worked as the DG of the body, making the endorsement more appropriate.

Issoufou, therefore, called on other African and non-African countries to back the former World Bank Managing Director’s candidacy, saying Africa needs a strong representative in the WTO election.

See the statement on Okonjo-Iweala’s endorsement below: 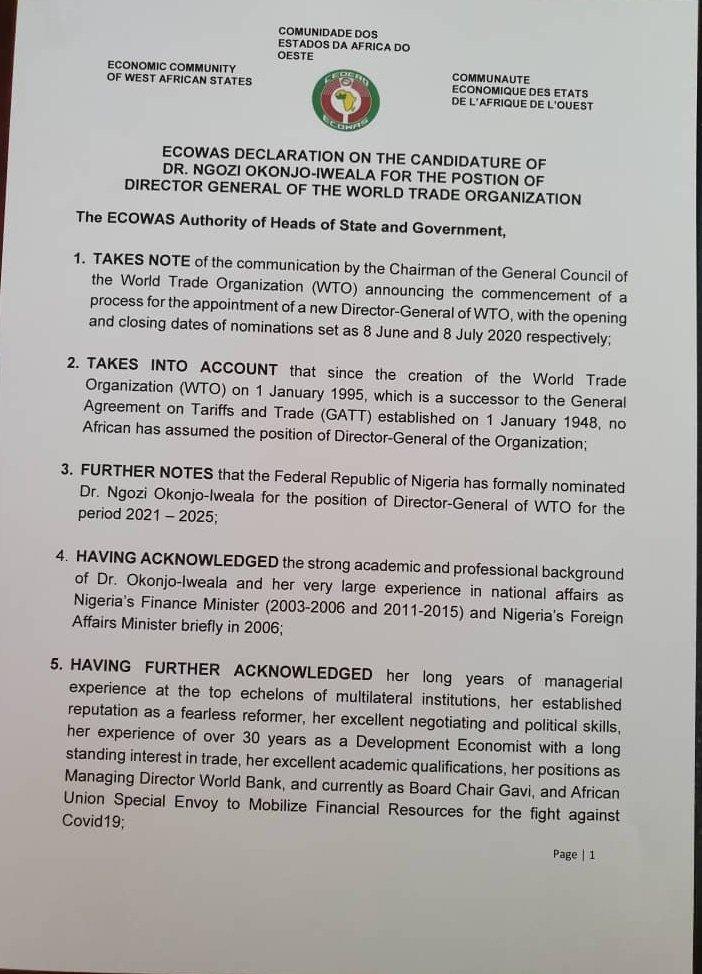 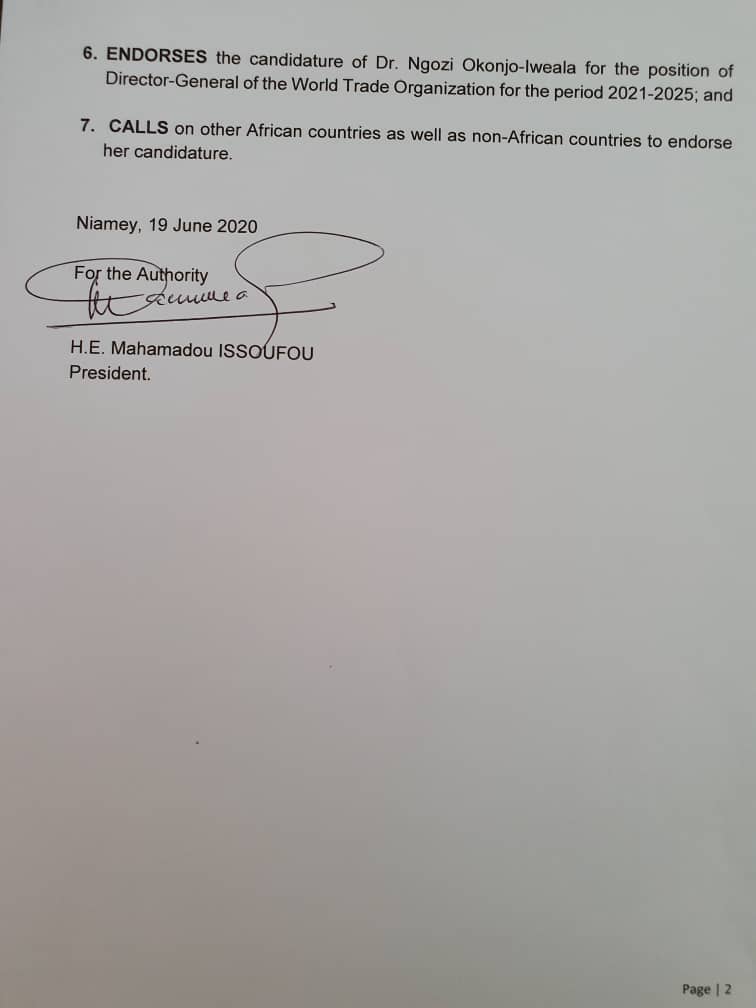 ECOWAS Court to give judgement in $529,000 damages suit, others