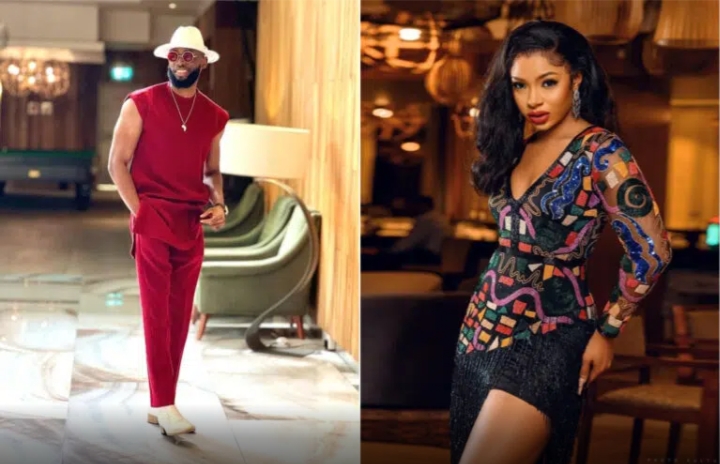 Former Big Brother Naija housemate, Emmanuel Umor has once again spoken up about his relationship with Liquorose.

It would be recalled that Liquorose was shown so much love by social media users after she revealed what led to the crash in her relationship with her former love interest, Emmanuel.

Read Also: BBNaija Reunion: Liquorose Reveals Why She Broke Up With Emmanuel

The show host, Ebuka Uchendu touched on their relationship and Liquorose opened up on what led them to part ways.

Liquorose claimed she caught Emmanuel cheating on her while on their trip to Dubai.

According to her, she had walked in on him with a lady in his room.

Liquorose said, “The light was off, the music was playing, it was dark, the girl was sitting at the edge and covering her face with a facemask”.

Liquorose said she felt bad knowing that Emmanuel didn’t run after her or feel remorseful following his cheating.

In the last episode, Emmanuel who had the spotlight on him revealed that he and Liquorose weren’t dating.

He claimed that he never asked Liquorose out and never agreed to the fact that they were dating.

He said: “First of all I know for a fact that I never asked Rose out. We never agreed to the fact that we were dating. We were never boyfriend or girlfriend and we talked about the whole Dubai situation in which she claimed that I left her outside”.

He reiterated: “We never put a label to whatever we had”.

Liquorose on her part denied his statement, she stated that their relationship was defined and that she was his girlfriend.

She said: It was defined, I was his girlfriend.

Interrupting, Emmanuel said: Unless I was not the one in the relationship

Liquorose hit back with: I don’t wish to be and I can never be

Emmanuel once again interrupted: Don’t sit down there and lie against me, I have heard so many and I have been keeping quiet. It’s alot for me to take right now.

Liquorose added: I am not begging for a man. I didn’t kill anybody, love happened to me and I can’t blame myself for that. God created me this way, I am emotional like that but I am not so stupid that if I am getting a certain vibe I will stick by you. You gave me that vibe, but if you are going to sit here and try and make me look stupid shame on you bro. You even went in Instagram to block and unblock me to make it seem like we unfollowed each other, that is so childish Emmanuel. I don’t unfollow people and I don’t block people”.