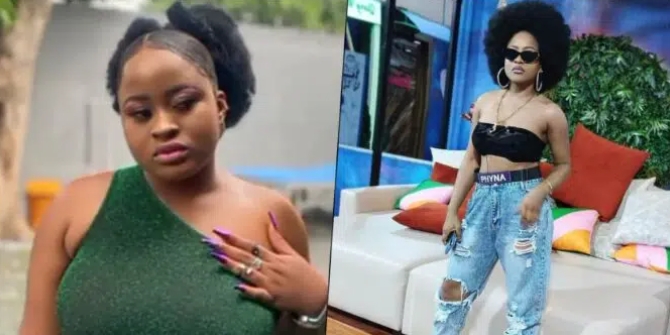 Former Big Brother Naija housemate, Amaka have made a rather shocking revelation regarding a leaked chat which stirred up various reactions while in the house.

The reality star revealed that it was a planned mission between Phyna and herself to leak the undersheet romance with Groovy to Chichi.

Read Also: BBNaija 7: Amaka Finally Speaks After Being Evicted From The Show

Recall that the Big Brother house was thrown into confusion and almost tore the house apart when the issue of the undersheet adventure became known to all housemates.

In a recent interview, Amaka opened up that it was indeed a ‘mission’ orchestrated by Phyna to leak the undersheet activity to Chichi.

According to Amaka, it was a big betrayal slap on her face when Phyna denied it publicly leaving her to take the fall alone.

BBTitans: I Didn’t Know I Was Pregnant Until The Baby Died- Nana Reveals