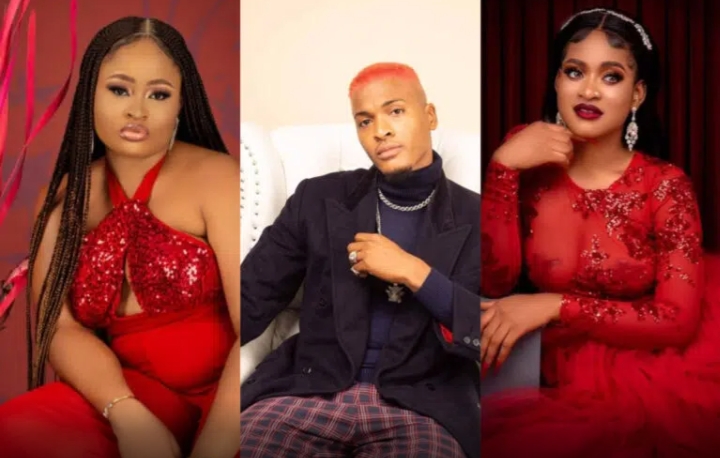 Big Brother Naija (BBNaija) housemate, Amaka is currently in the good book of viewers of the show following her gesture towards her friend, Phyna and boyfriend, Groovy.

It seems Amaka has finally come to terms as she hands off Phyna and Groovy’s relationship.

The BBNaija show this season is filled up with various ships as housemates try to partner with a boo or bae.

A video currently trending on social media is the reunion between the two friends Amaka and Phyna who has been at loggerheads over their fellow housemate, Groovy.

After Beauty was disqualified from the show, Amaka informed Phyna of her love intentions for Groovy and her desire to be with the male housemate.

However, Phyna found her way into Groovy’s arms which caused a misunderstanding between the two friends.

Interestingly, it seems Amaka has moved on and has given a positive nod to their relationship as she was seen hyping the duo.

Last night, Phyna and Groovy shared a passionate kiss with Amaka present with them.

Her gesture left everyone talking as many thought Amaka would be depressed or angry but rather she cheered them on.

Read some comments below:

daaviesinayo: Amaka is a sweetheart

nahsah__: Amaka is a sweetheart

davecr8s: It’s Amaka that suffer pass in this Big Brother house… Seeing all the ‘meat’ but can’t partake thereof

whemmymmorh: Amaka is one sweet soul Sha, she deserves to be loved

BBTitans: I Didn’t Know I Was Pregnant Until The Baby Died- Nana Reveals