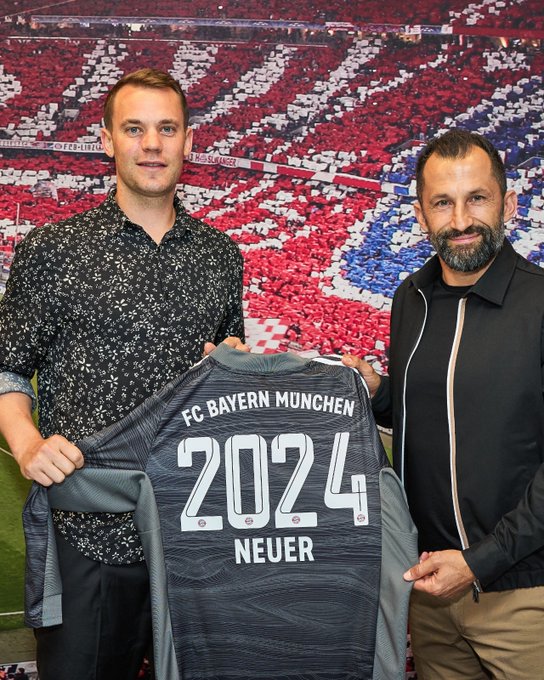 Bayern Munich’s contract with Manuel Neuer has been renewed.

After joining Bayern from Schalke 04 in 2011, Neuer has remained with the club for eleven years. Since then, the goalie has played an important role in Bayern’s decade of dominance. Since 2017, he has served as Bayern’s captain, leading his club to a record sextuple and their eleventh straight Bundesliga victory. He has also won the World Cup with Germany, with whom he also serves as captain.

The goalkeeper follows in the footsteps of his teammate Thomas Müller, who recently extended his own contract. Neuer’s new deal, like Müller’s, continues until 2024.

“I’m delighted that my career at FC Bayern will continue.” “We will have a really excellent team again, with whom we can compete for all trophies,” Neuer added. As a goalie, captain, and essential player, I want to play a crucial role in achieving our big objectives. I hope to continue our league winning streak and challenge for the DFB-Pokal and Champions League.”