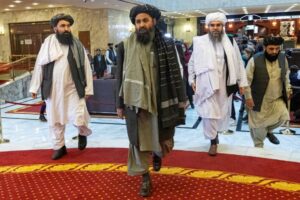 The Taliban have reportedly detained nearly 2,000 people in Afghanistan since they regained power in August 2021.

This is according to a report by a rights group, Rawadari, released on Monday.

It added, “Others are religious scholars, members of the Salafi sect, tribal elders and civilians accused of being associated with National Resistance Front (NRF).”

The report was compiled by the rights group whose executive director is Shaharzad Akbar, the former head of Afghanistan’s Independent Human Rights Commission.

The Taliban authorities have not reacted to the report yet, but the group has in the past disregarded similar reports by the United Nations as propaganda.

Upon returning to power, the Taliban supreme leader announced a general amnesty for its opponents.