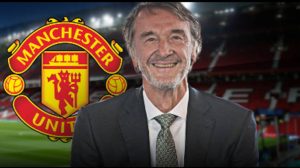 The Glazer family, owners of Manchester United, said in November that they were considering selling the club as they “explore strategic alternatives”.

Ineos while showing interest said the company had “formally put ourselves into the process”.

Ratcliffe in 2022, made an unsuccessful late £4.25bn offer to buy Chelsea Roman Abramovich put the club up for sale.

Ratcliffe is a boyhood fan of United and one of the UK’s richest men as the son of a joiner in Failsworth, in Greater Manchester.

He said he would have tried to buy the Old Trafford side following the failure to acquire Chelsea but, after meeting with brothers Joel and Avram Glazer, stated that they did not want to sell.

However, since then the Glazers have changed their stance and he has now joined the bidding process.

Osimhen Is On The Same Level Drogba — Mourinho